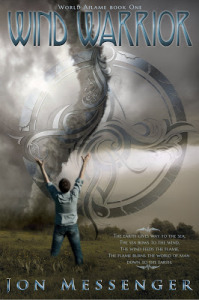 Goodreads blurb:
THE EARTH GIVES WAY TO THE SEA,
THE SEA BOWS BEFORE THE WIND,
THE WIND FEEDS THE FLAME,
THE FLAME BURNS THE WORLD OF MAN DOWN TO THE EARTH.

The sleepy town of White Halls harbors a dangerous secret. On a picturesque street, two houses down from a lovely little park, in a quaint little home with a wraparound porch, lives a family that seems rather normal. Sure, their twenty-year-old son, Xander, still lives at home, but he’s going to college and dating the leader of the schools top sorority. It’s all very… normal. However, when a man is miraculously saved from being hit by a bus, Xander’s life turns in to the living embodiment of the tornadoes he can suddenly create with a flick of his wrist. Whether he wants this gift or not, Xander must learn to use his new ‘super power’ quickly if he wants to survive. For his kind is a dying race, and when this sleepy town has a sudden influx of new, blonde, fire wielders, no one is safe, especially Xander. It doesn’t help that one of these blondes happens to be the most beautiful girl he has ever seen. Xander can’t deny the instant connection he feels to her so, when she tries to kill him, it certainly makes things complicated.

About the Author:
Jon Messenger (Born 1979 in London, England) serves as an United States Army Major in the Medical Service Corps. Since graduating from the University of Southern California in 2002, writing Science Fiction has remained his passion, a passion that has continued through multiple combat and humanitarian deployments. Jon wrote the "Brink of Distinction" trilogy, of which "Burden of Sisyphus" is the first book, while serving a 16-month deployment in Baghdad, Iraq. 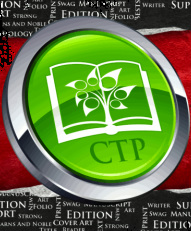 Well I bought it, started reading it, got to chapter 8, reluctantly put it down to go to the Facebook release party that started at 7 pm Central and went until 10 pm, then I finished reading it…..and it was AWESOME!!  I’m not sure what it is about stories with elementals, but they draw me in.  I think it has something to do with my childhood because I used to stand outside (near Chicago) and pretend I could make the wind gust….sigh sadly though no wind super powers for me.  Sorry easily sidetracked :)

The story was wonderful written and sucked you straight into the fabulous world Jon created.  I loved both Xander and Sammy equally :) and have secret hopes that in the future they will team up and kick the bad guys’ butts….sorry another tangent!  The story has elementals, college, drama, battles, family secrets, heroism and so much more.  Do you like X-men, Firestarter, Air Benders, well how about superheroes?  Then you want to read this book, I mean it :)  I think I’m going to have to buy this one for my classroom library too!!

Are you still not sure?? WHY??

Posted by Cassandra at 2:17 AM