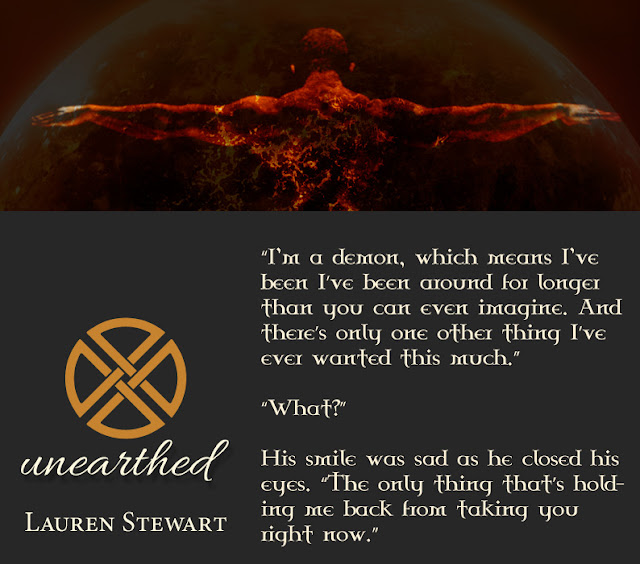 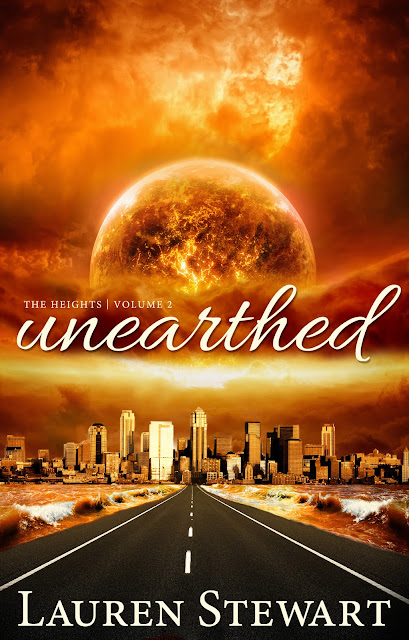 Blurb:  “What would you give up for freedom?”
“Everything.”
“Even if it wasn't yours?”

For three years, Keira lived in hell on earth, kept and tortured by a psychopath. He should’ve killed her. Because now she’s looking for payback, to see his face when she shoves a stake into his chest, to feel his dust under her boot. Then she’ll finally be free…of everything but the memories, scars, and nightmares. Unfortunately, when a demon starts hunting the same prey, Keira’s life becomes less about getting revenge and more about fighting temptation.

For three tours above the earth’s crust, Davyn has been as close to heaven as a demon can be. In a few weeks, he’ll go home to be reforged, stripped of all the humanity he’s accumulated and be reminded of exactly what he is. Of course, in the depths of hell, nobody “finds themselves” through group therapy and happy pills. It’s not all bad news though—before he goes, at least he gets to kill a vampire. Maybe a human too, if that stubborn little hunter keeps getting in his way. After all, a nice ass can only buy so much of Davyn’s patience.

In this highly anticipated sequel to Unseen, two people from opposite sides of a war will discover the price of freedom and what they're willing to pay for it. But in the Heights, nothing is ever fair. For something they both want, one of them will pay with their eternity.
* * *
The Heights not only protects the secrecy of vampires, shifters, demons, angels, and other supernaturals, it protects the humans unaware of the world hidden within their own. 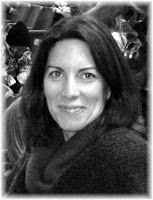 About the Author:  Lauren Stewart lives in Northern California with two of the most amazing children that the world has ever seen. She reads almost every genre so, naturally, her writing reflects that. With every book, every story, you'll find elements of other genres--fantasy, mystery, romance, paranormal, suspense, YA, women's literature, all with a touch of humor because what doesn't kill us should make us laugh.