Summer is coming and you need start putting together your reading list.
Young adult paranormal fantasy author Amy Richie hopes you will pick up her Blood Vine series.
She's offering a Prize Pack to one lucky reader, which includes a signed paperback copy of Fern. 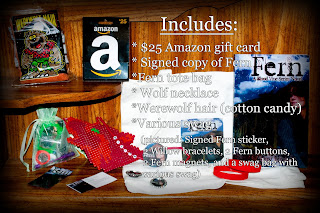 
About the author:  Amy Richie has lived in a small town her entire life. She lives with her three kids and their pet rat Jasper. She began writing in high school but never took it seriously until a few years ago. She enjoys writing because it takes her out of her everyday life and gives life to the people in her head. Amy says: “When I was little I wanted to be a mermaid, then when I was in high school I wanted to be a vampire; now as an adult I’m a writer, which is better because now I get to be both.” 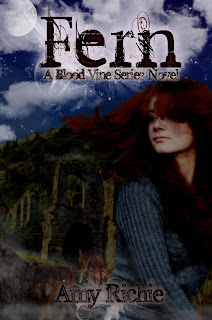 “It’s strange how fast life changes. Just when you think you have it all figured out, a council man hands you six werewolves to take care of.”
Willow and her pack had barely settled into their new town when the council shows up again. Only this time it’s to ask for their help - to save Gage. How can Willow refuse?
Suddenly, Willow is thrust into a world of childhood nightmares. The Ancient City. But it isn’t at all what she thought it would be. In fact, Willow soon realizes that not many things are what she thought they would be and she has to figure out for herself which things are worth fighting for.

Buy the book at Amazon.

A GWR Publicity promotional event paid for by Anchor Group Publishing. Giveaway is sponsored by the author.


More on from this series :)

Book 1 in the Blood Vine series: 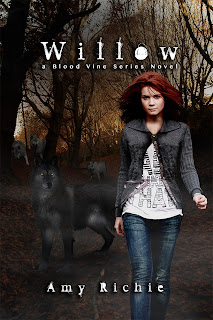 Goodreads blurb:  “Being a werewolf is harder than it looks. Everyone thinks it’s just morph at the full moon, kill, morph back. That’s not true. It’s a lot harder than that. Especially if you are seventeen years old.”
Willow has the worst luck. First she has to deal with her narcissistic foster mother, Bella; then of course there’s her horrid little sister Ivy; not to mention the pack of werewolves that belong to Bella. Now, they have to move and start a new school - again.Just when Willow thinks things can’t get any worse, Blake shows up from a council she never knew existed to name her leader of a pack she never knew existed. How was she supposed to teach a bunch of teenagers how to be wolves when she herself hated everything about her life?

My Thoughts - This series looks like it is in my wheelhouse :)  I'm going to have to try to get my hands on them this summer if I have time :)  I love shifter books :)  Thanks for checking out my post, please leave a comment with your thoughts!!  :)
Posted by Cassandra at 1:00 AM