Review - The Legend of the Blue Eyes by B. Kristin McMichael 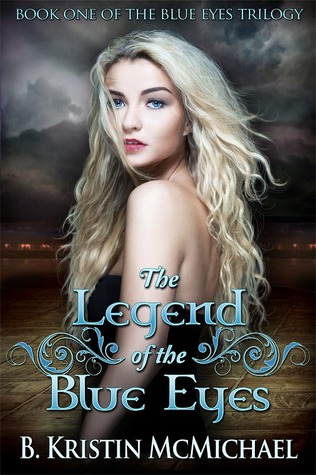 The Legend of the Blue Eyes
by B. Kristin McMichael

Goodreads blurb:  Arianna Grace liked her boring, Midwestern, teenage life where she ignored the many unanswered questions of her childhood. Why were her parents dead? Why did she not have family? Where was she raised until she was five? When someone offers to explain it all, Arianna thinks she’s just getting answers. Instead, she is thrown into a world of night humans who drink blood.

On Arianna's sixteenth birthday, her world is thrown upside down when she changes into a vampire. Night humans, or demons, as some call them, live in normal society. Learning all of the new rules of a world she didn’t know existed might be hard enough, but it's further complicated by two former-friends that now want to help her take her role as the successor to her grandfather.

There is a war going on between the night humans. Sides have been taken and lines are not crossed. Four main clans of night humans are struggling for control of the night. Divided into two sides, clans Baku and Tengu have been at war for centuries with the clans Dearg-dul and Lycan. That is, until Arianna Grace finds out the truth; she’s the bridge of peace between the two sides. But not everyone wants peace. With the night humans divided, Arianna is now a pawn in the war between them. She must choose a side—her mother’s family or her father’s—and for once in her life, decide her own fate.

First OMG, the cover is absolutely beautiful and very intriguing.  I really liked this story with all the twists and turns and mysterious back story that you only learn bits and pieces as you go keep you intrigued.  It did have some boring parts here and there, but this is the first book so it is needed to make sure we understand what’s going on.  I absolutely love Arianna though at the beginning she is a bit of a cliché blonde where everything goes over her head, but it is because she’s very naïve and been kept in the dark.  It is amazing to watch her learn about night humans and grow as a character.  I was laughing with her, irritated, worried, and cried with her.  I know I’m sucked into a story when it makes me cry.  I also want to mention that I love her name because if I ever had a daughter her name would have been Arianna because I always thought it was beautiful (oddly enough I found the name in a romance book which is amusing to me). I think anyone who enjoys paranormal fantasy would fall in love with Arianna and this world that Kristin created.  I absolutely can’t wait to read book 2 because I think it is only going to get better as a series.

Book 2 is due out this month with another fabulous cover :) 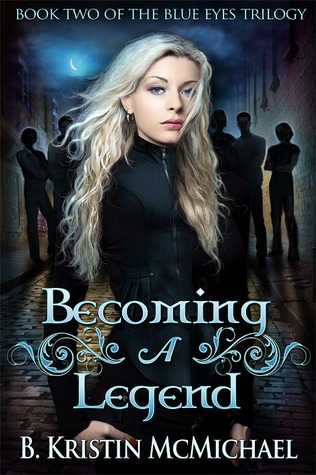 Posted by Cassandra at 2:42 AM