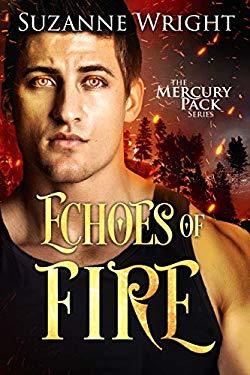 Echoes of Fire
The Mercury Pack #4
by Suzanne Wright

Goodreads blurb:  They may not be made for each other, but animal instincts are impossible to ignore.

Madisyn Drake is a rare breed of cat shifter…a loner, unpredictably wild, and emotionally distant. A recent betrayal has left her ready to sharpen her claws on the next man she sees…until a prowling wolf with steel-gray eyes and a brooding dark edge challenges her distrust. No matter how fully he satisfies her touch-hunger, Madisyn’s not ready to open up again, even if it is oh so gratifying.

Bracken Slater has earned his reputation as an indomitable predator. Once broken by grief and guilt, Brack is feeling alive again, thanks to the heady scent of this independent feline. Convincing her that they’re meant for each other is going to take more than branding Madisyn’s beautiful neck. She’s not interested in joining an unfamiliar pack, much less answering to an alpha. But when threats from both their pasts take shape, their unexpected destiny may be the only thing that can save them.

About the Author:  Suzanne Wright lives in England with her husband, two children, and her Bengal cats. When she's not spending time with her family, she's writing, reading, or doing her version of housework - sweeping the house with a look.

***I choose what I read and review based on what intrigues me!!  Yes, I got a review copy of this book, but no one tells me what to think, feel, or write about any book!  I don’t own this book, but I will because I already have 12 of her books!

The cover is very cool, and I love how it looks!

This is the 4th book in this series, but the first one of the series that I’ve read.  It is for adults only due to the violent battles and steamy scenes involving mates.  You can read them out of order though it is probably even better when you read them in order.

This is Madisyn’s story who is a lone shifter who lives under the protection of the Mercury Pack.  She is a Pallas cat, and they look so cool! 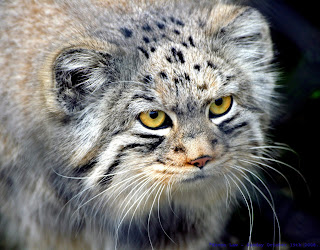 She has emotional baggage and lives as she sees fit.  Bracken is an enforcer in the Mercury Pack, and he has more baggage than anyone.  Everyone in the pack wants to fix him.  This story is full of action, turmoil, fights, and mates.  I loved every minute of it.  I don’t want to give anything away, but Suzanne does an awesome job of pulling you into the story where you can’t put it down.  I stayed up way too late to finish it.  I can’t wait to read the rest of her books!

I highly recommend to any shifter fans because we have cats, wolves, bears, and so much going on that you’ll love it!!!

See my review of Wild Hunger!!!

Posted by Cassandra at 2:51 PM