When Cindy Saunders told me she would like to do something for my blog, I was ecstatic.

So let me give you a little background on my idea for guest posts on my blog :)  I teach high school, and I wanted people to give the students advice like the things they wished they would have done in high school, but didn’t or advice and inspiration.  I teach in a Title 1 school where students think school is pointless, and they do not see their own value, so how can they see school’s value to them.  I want to inspire them and love that I have found people who want to help :)

So first here is a little bit of information on her: 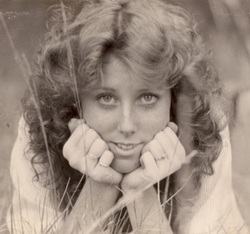 Cindy Saunders was born in Lowell, MA. She moved to RI almost twenty-five years ago and now considers the Ocean State her home. She graduated from Bryant College with a Bachelor’s Degree in Finance. When she’s not reading, writing, spending time with her two teenage children (how did that happen?) or working, Cindy tracks down one of her favorite local bands and enjoys a glass of wine. She completed her first novel, Double Star, a YA fantasy, in October 2012 and is currently working on the second book in the series.

“.... dreams can be dangerous. What if you imagined your life traveling a different path, only to find that place was out of reach?
But what if you never try?”

Although the above passage is a realization made by the main character in my novel, Double Star, it’s something  I thought about every day while I sat at my laptop, writing and editing my first book.  After all, I’d never written anything in my life, but I had lots of ideas swirling around in my head so I decided to give it a go. It took four years to complete and I held my breath as I sent out my first set of query letters. When I received my first rejection, I was absolutely crushed.   Very quickly, the hard reality of making it in the writing business set in ...  and it was difficult to take but I soon realized I was in good company ... Stephanie Meyer received almost fifteen rejections before Twilight was picked up; Stephen King (my favorite writer of all time) received dozens of rejections for his first novel, Carrie and  J.K. Rowling got rejected a dozen times before she found a publisher for Harry Potter. Oddly enough, it was the eight-year-old daughter of Bloomsbury’s chairman who fell in love with that book. She was given the first chapter to review by her father and immediately demanded the next. But Rowling was told to get a day job, since she had little chance of making money in children's books.  Mmm...  just goes to show those who are paid to find the next big thing may not always see it, even when it lands in their lap! I’m sure those other publishers are kicking themselves for the “one that got away.”   So, I picked myself up, brushed off my ego and continued to follow my dream of being a published author.  In October 2012, I self-published Double Star and finally, someone (other than myself!) saw its potential. In February 2013, I signed a contract with Clean Teen Publishing, a new and wonderful indie publisher and I couldn’t be happier!  Oh... one other thing ... I’m fifty-three years old.
I graduated college with a Bachelors Degree in Finance, have a great and secure day job but I often wonder what would have happened if I hadn’t  waited so long to pursue my dream?  I can’t get a “do-over”  but what I can do is share what I’ve learned and it’s this:  Life is way too short ... find something you love to do ... don’t take the easy route. Chances are if you love it, you’ll be great at it. Don’t be afraid of not succeeding, don’t let anyone else determine your true potential ... that’s a right reserved for you and, like dreams, no one can take that away. If you don’t try, you’ll never know.   Consider what would have happened to J.K. Rowling is she’d given up after a few rejections!

Find out more about her books, by clicking on the book covers!! 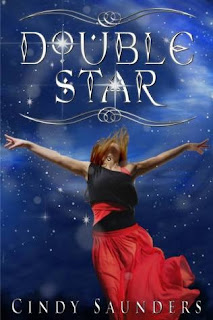 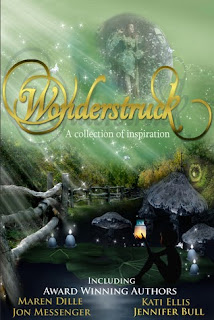 Reviewed by me here!!

Thank you Cindy!!  You rock, and I can’t wait to read Double Star!!!

or if you want to leave Cindy some feedback or a question, please do, she is a sweetheart!!  :)
Posted by Cassandra at 2:55 PM