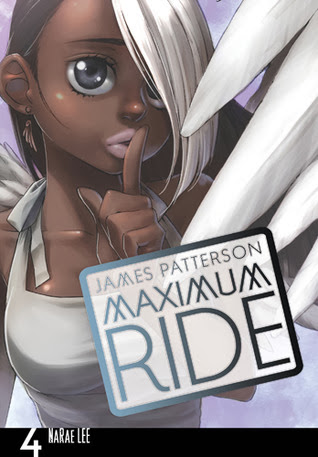 Goodreads blurb:  Despite their initial hesitation, living with Anne has softened the Flock, so Max is keenly aware that it's time to leave. With Thanksgiving so near, though, all of them want to stay, at least until they've had their first ever Thanksgiving turkey! But danger is on the horizon as Jeb's plan advances, and while the Flock's new school seems normal and safe, secrets are hidden beneath its prestigious facade...

About the Author:  The subject of a Time magazine feature called, "The Man Who Can't Miss," James Patterson is the bestselling author of the past year, bar none, with more than 16 million books sold in North America alone. In 2007, one of every fifteen hardcover fiction books sold was a Patterson title. In the past three years, James has sold more books than any other author (according to Bookscan), and in total, James's books have sold an estimated 220 million copies worldwide. He is the first author to have #1 new titles simultaneously on The New York Times adult and children's lists and is the only author to have five new hardcover novels debut at #1 on the list in one year—a record-breaking feat he's accomplished every year since 2005. To date, James Patterson has had nineteen consecutive #1 New York Timesbestselling novels, and holds the New York Times record for most Hardcover Fiction bestselling titles by a single author (63 total), which is also a Guinness World Record.

From his James Patterson Pageturner Awards (which rewarded groups and individuals for creative and effective ways to spread the joy of reading) to his website ReadKiddoRead.com (which helps adults find books that kids are sure to love) to his regular donations of thousands of books to troops overseas, Patterson is a lifelong champion of books and reading. His first foray into books for all ages was the critically acclaimed Maximum Ride series, which debuted on the New York Times bestsellers list at #1 and remained there for twelve straight weeks. The series has so far made appearances on The New York Times bestsellers lists ninety-four cumulative times, proving that kids of all ages love page turners. He captured the attention of boy readers with the Daniel X series, and his third series for readers of all ages debuted in December 2009 with Witch & Wizard, which spent five consecutive weeks atop the New York Times bestsellers list.

One of Forbes magazine's Celebrity 100, James made a guest appearance on the popular FOX TV show "The Simpsons" in March, 2007.

**Checked out from the high school library

Okay this is book 4, and I still love this series :)  As always remember these reviews are tough for me because it is harder to talk about these without giving away too much.  They are a quick read for me as well.

Max and Fang are still awesome at protecting the flock, but Angel does help out with her special abilities when needed.  Total is full of surprises and his own talents.  Iggy had a surprise in this story.  And the flock is betrayed and lied to even more in this story.  I feel bad for them and wish I could adopt this kids.  They need someone who looks out for them instead of them being used.  Great story that keeps you intrigued and sucked into the story.  There are no boring parts in this series.

I can’t wait to read book 5!!  And this is going to happen very soon!!

I highly recommend graphic novels/manga for all your reluctant readers and your kids who are very visual.  I also think they are a great break in between books or filler when you don’t have time to read a full novel.

Posted by Cassandra at 7:59 PM