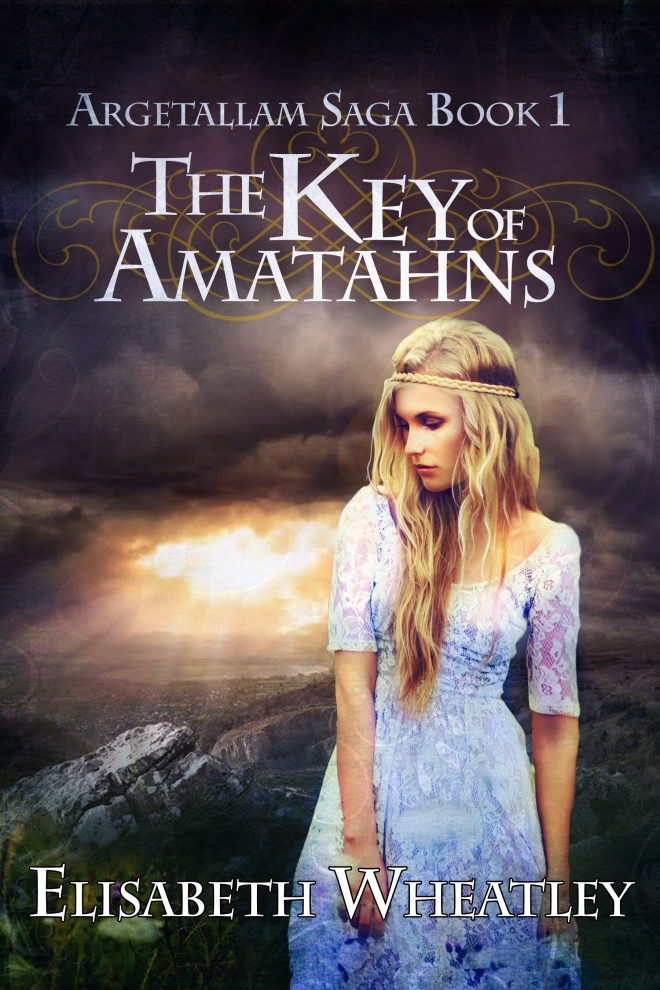 In a land where those with magic are esteemed and revered, Janir guards a secret that would send her to the headsman's block at a word. As one of the reviled Argetallams, she has the power to destroy enchantments and steal others' magic—an ability that has caused bloodshed for generations.

Raised as the illegitimate daughter of an influential lord, she was determined to turn her back on her heritage, but when her power manifests, leaving a nobleman dead, she has no choice but to flee her adoptive home. In exile with the help of a fearless young enchanter and an elf sworn to protect her, she finds herself entangled in a quest to hide an ancient artifact from the kingdom’s enemies.

But they are not the only ones after the relic and soon their paths cross with a rival from Janir's distant childhood. With no hope of help or rescue, the fate of nations will depend on a fifteen year old girl and her mastery of powers she doesn't understand.

Okay, so it’s no secret that Janir has a dysfunctional relationship with her brother, Lucan. However, I find that brother/sister relationships, like boy/girl friendships, hold a special place in my heart as both a reader and a writer.

Éomer and Éowyn (The Return of the King by J.R.R. Tolkien)
Everything about them is a “yes.” Warrior king and his warrior princess sister—how is anyone supposed to compete with that?

Meg and Charles (A Swiftly Tilting Planet by Madeleine L’Engle)
Meg and Charles kind of remind me and my brothers—socially awkward and misunderstood, but united by our mutual oddness. Ms. L’Engle is one of my favorite authors of all time and her portrayal of inter-character relationships is a great part of why.

Ginny and Ron (Harry Potter and the Half Blood Prince by J.K. Rowling)
Not many people talk about this dynamic, even the most diehard Potterheads, but let’s do that for just a moment. They tease each other, give each other a bad time, but woe unto he who tries to hurt either one. The Weasley family as a whole is lovably clannish. Way to go, JK.

Lucy and Edmund (The Voyage of the Dawn Treader by C.S. Lewis)
In this book, Lucy and Edmund are returning to Narnia for their third time, but it is the first time without either Susan or Peter. In part because of this, there is a lot more of their relationship and Edmund’s protectiveness of Lucy is just precious.

Ren and Razo (Forest Born by Shannon Hale)
Okay, so Forest Born was for the most part a let down. This sucked considering the awesomeness of the first three Books of Bayern, but what can you do? Either way, watching how Ren and Razo both came to blossom and grow, from being the forgotten younger children to the heroes of a country was the best part.

Elisabeth Wheatley began what would be her first novel at eleven and hasn’t stopped writing since. When she’s not daydreaming of elves, vampires, and/or hot guys in armor, she can be found wasting time on the internet, fangirling over her latest obsession, and pretending to be a functional citizen.
Blog | Facebook | Goodreads | Twitter | Pinterest | Tumblr | Mailing List

a Rafflecopter giveaway
Posted by Cassandra at 12:00 AM